From 118Wiki
(Redirected from DeBarres, Charlotte)
Jump to navigation Jump to search

Lieutenant JG Charlotte DeBarres is assigned to USS Arrow as a Mission Specialist. 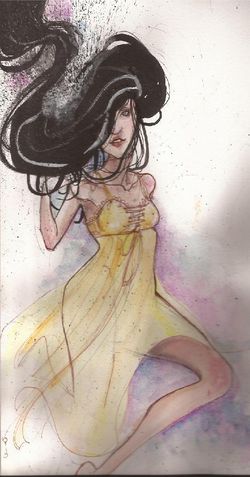 After the decommissioning of the USS Victory, she was ordered to the Academy on Earth. There she is testing out of classes and has been placed in the fourth year cadet class. She just completed her classes and passed her academy final exam. She is now a Ensign. She has been recently been assigned as a engineering officer to the USS Gorkon.

She had a number of small assignments, before taking a LOA, to spend some time with her brothers freighter and doing repair work. Finally after 9 months she requested to be back on active duty with Starfleet. She has now been assigned to the Starbase 118 as a security officer.

After a brief but combat mission for Ops on Starbase 118, she has been reassigned to the USS Arrow as a mission specialist .