From 118Wiki
(Redirected from D'Sena, Akeelah)
Jump to navigation Jump to search

Akeelah D'Sena is a Security Officer on the USS Constitution-B. She is Rodulan from the Idanii racial group. She appears rather distant and sometimes even arrogant unless she is with other Rodulans. Due to an incident during an away mission in November 2393, she had lost control of her legs and depended on a wheelchair to get around, but has recently regained her ability to walk, but is still in the process of recovery and needs more rests than usual. 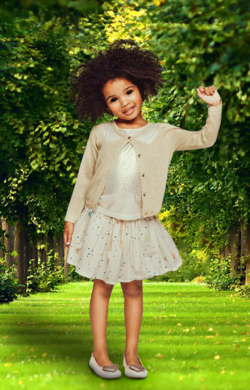 End of 2395 she was member of a rescue team on Dagorin IV, when part of their away team had been kidnapped by the Orion Syndicate. A hand-to-hand combat with Lazlo, one of the Syndicate members, injured her spine badly, and she ended up in a wheelchair, not able to use her legs. Recovery time was estimated between hours and months. The surgery went well, but something continued to keep her in the chair. It would take until the end of 2398 until she finally stood for the first time. In 2399 she is still working on full recovery but is getting there. (tbc)

Drinks and Food
Akeelah prefers non replicated food and drink but adapts to replicated versions while being on a ship unless she has resources to cook, something she enjoys doing. She has a sweet tooth, but indulges only rarely. When it comes to food she likes it really spicy. Doesn't touch Klingon Food or Drink with a 10 foot pole.
Hobbies
In her free time she visits the holodeck, cooks and practices Basotile to keep her mental powers in balance. She also enjoys studying cultures and their law systems.
Personality
Unless she is among other Rodulans she appears distant and sometimes even arrogant. She does not easily make friends or connections to others, but is not actively going out of their way either. Akeelah follows the rules to the dot. If she does not know the rules of something she might feel lost and tries to learn them as fast as possible. 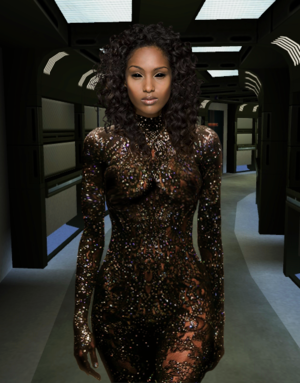