General Overview of the Main Bridge 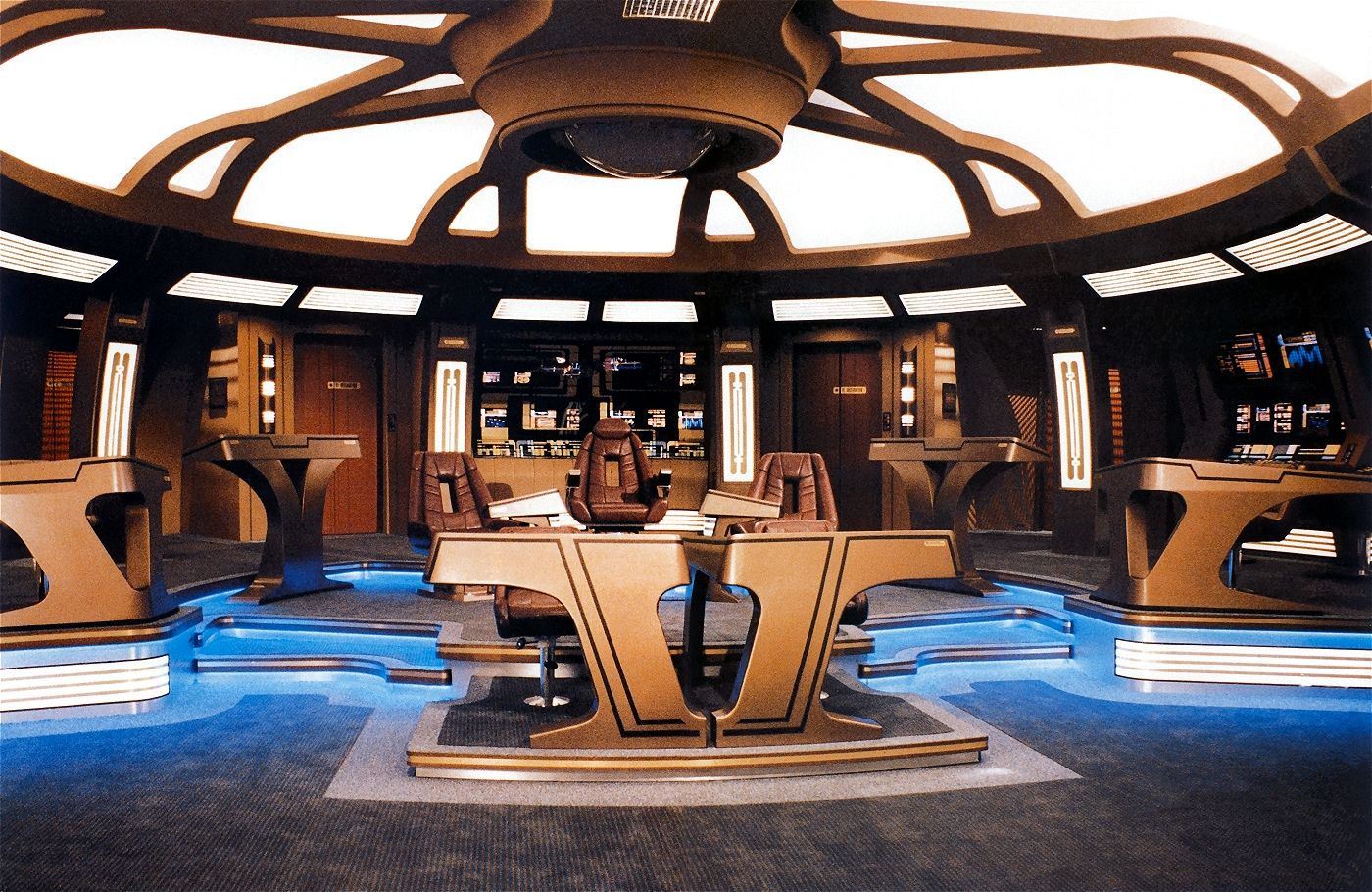 Primary operational control of the Akira Class is provided by the Main Bridge, located at the top of the primary hull. It is located on Deck 1. The Main Bridge directly supervises all primary mission operations (with the exception of the Flight bay and assorted craft) and coordinates all departmental activities.

The Main Bridge is a highly restricted area; only Beta-Two security clearance personnel (Officers with the Rank of Ensign or Higher) and authorized bridge personnel are allowed on the bridge. All bridge officers carry a type II phaser.

The Main Bridge is an erectable module, allowing for a wider variety in mission parameters.

The new primary Bridge configuration is a combination of the new Sovereign Class with the Intrepid Class starship. The central area of the Main Bridge provides seating and information displays for the Captain and two other officers. The Captain’s Chair is raised from the rest of the Bridge Officers, to that of the Surrounding level which includes Tactical and Operations. The two Officer seats are equipped with fully programmable consoles for a variety of uses.