From 118Wiki
< Cadfael Peters
Revision as of 04:51, 22 November 2015 by Zephyr (talk | contribs) (created page, still thinking about how to make it look. Pardon my dust.)
(diff) ← Older revision | Latest revision (diff) | Newer revision → (diff)
Jump to navigation Jump to search
This page or section is undergoing an expansion or major revamping.

However, you are welcome to assist in its construction by editing it as well. Comments regarding possible improvements are welcome on the article's talk page.


This notice was placed here by Zephyr. Please pardon my dust. I promise it'll look amazing when I'm done. 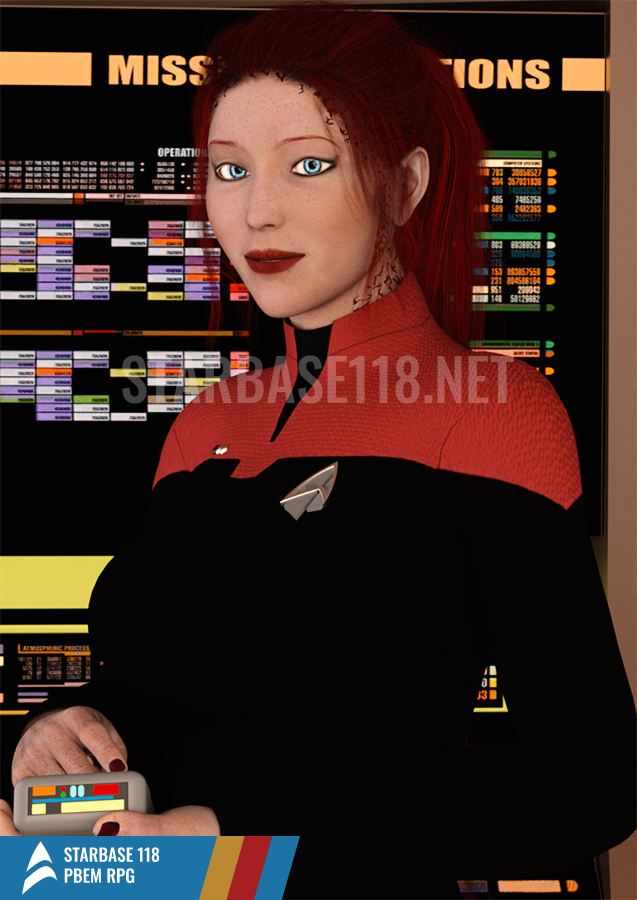 Ayiana Yorval, before she became joined to the Sevo symbiont, was a regular correspondent of Cadfael's during his time at the academy through the Cadet Cultural Exchange Subspace Friend program.. Little did he know that Fate had a sense of humor and put the two of them together on the same ship, the USS Victory; where they met face to face for the first time.

Peters: I used to hit the 602 every night, drinking beer, doing homework, and constantly checking my padd to see if you had responded to the most recent letter. Talking to you was the most correspondence I got that wasn’t class related. Distant friends seemed closer than anyone else… :: Pause. :: Or I should say, friend. I think you were the only one I had.
:: Ayiana seemed taken aback at Peters’ admittance. ::
Sevo: I...had no idea you looked forward to them so much. Honestly I just saw it as an extracurricular assignment. You know - get to know other cultures and stuff. They really emphasized that on us since most of the students were Trill. Not many aliens with whom to intermingle.

During their second mission together, Cadfael had noticed how uncomfortable she was during the away mission due to the EVA suit. In the aftermath, he had a ruptured eardrum and she entered a coma. He sat by her side, and even put his favourite watch on her wrist, to let her know he was there.

When she woke up from a coma, she and Cadfael exchanged news of what happened after they returned from the mission. He told her of his promotion to chief followed by his subsequent hearing loss, and she returned his watch. In that same conversation, Cadfael had stated he was in love with her.

During the following mission, he left for an away team. Just as the Victory was needing its chief engineer, he was getting transferred to the USS Darwin-A and was not able to say good bye to her. When he reported back to the Darwin, he received a letter from her stating that she started to feel something for him, beyond friendship. Finding out through an email was like a blow to the chest, and he hasn't recovered. 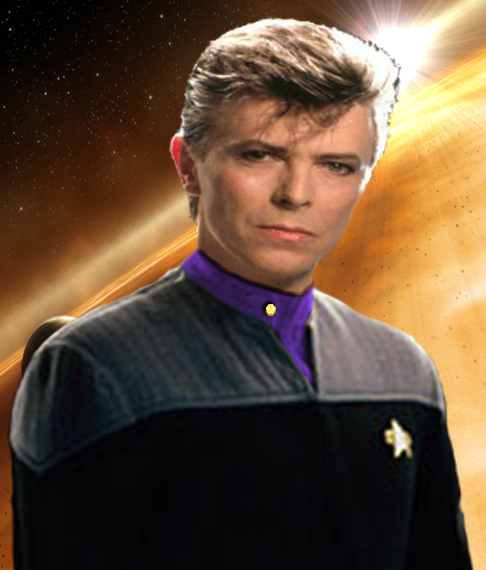 Leland Bishop His relationship to Leland Bishop is that for now, they are acquaintances. After an already bad day, he encountered Mr. Bishop outside the Back 40 and the two exchanged words. They struck up a possible beginning to a friendship during the awards dinner, and Leland offered to cook at some point for him and Ayiana. 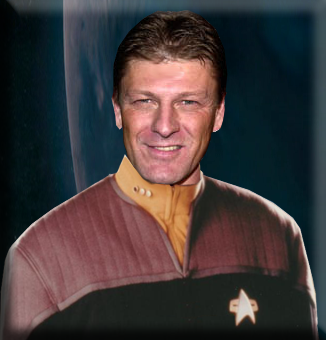 Paul Sharpe Friendship formed after their mission, during which time Cadfael used some ingenious engineering to bring the Sunak weapons online despite hearing loss. After the mission, he was promised a drink by the lieutenant commander. During that conversation, Cadfael discovered he likes Andorian Ale, but if left to his own devices he will either pass out from excess or land in sickbay if he doesn't have a drinking buddy.

Upon first meeting the Gorn captain, the human discovered he didn’t like toothy smiles because they made him nervous. Apparently, his performance during his first full mission was sufficient enough on the reports from several people to get the captain’s notice. Thus resulting in a random happenstance that got him promoted to chief engineer.

Cadfael got clocked in the face and temporarily lost hearing in his right ear before he met Vance on the promenade. A subsequent counseling session with the man for his annual evaluation led to Cadfael and Vance joining forces in a night of camaraderie and drinks, becoming fast friends. The first attempts for the counselor to play wingman involved Cadfael made an awkward pass at Vance, which was followed by two marks. The pass was quickly forgotten and they headed to another bar.

They went to Kael's Pub, and both Vance and Cadfael found another couple of marks. The first one didn't pan out, but the second was a security officer that seemed to have a sense of humor. Vance took his leave at that point, and some followup may occur. At this time, it is unknown.

Pon Pon and Cadfael met during a temporal anomaly on the USS Dunbar. They reunited when Cadfael transferred to the starbase. The physical was a little bit awkward due to the doc landing on his chest, but it was quickly resolved. Afterwards, the two engaged in a bar crawl in which Pon Pon decided to take it upon himself to play matchmaker for the engineer.

His friendship with JC began when both men served aboard the USS Victory. They saw each other in passing, and occasionally hung out together. JC is introducing Cadfael to the concept of scuba diving in their off time, and they were separated for a time when Cadfael went to serve aboard the USS Darwin-A. To Cumar's surprise, he was the one sent to retrieve the engineer when it was known that he was coming to the starbase.