Brooks Gwinnett is currently working for the Federation of Planets and will be assigned to the USS Gorkon as a ranger. 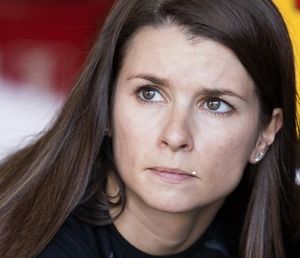 Brooks was raised by her father, on Byzatium, Until the age of 18 she was schooled by her father, who was the doctor for his paramilitary clan in the province. It was during this time from the age of 13 to 18 she learned her medical training from her father, assisting first with simple cuts and bruises. Then serving as a makeshift nurse in surgeries. She served two years in the paramilitary forces as an irregular fighter/medic for two years. She did a few things that she was not proud to do as a medic working with a combat team. One of her older brothers, supported Mons Vor, and his regime. He was killed by Mons Vor, when a plot to kill him was uncovered. But he was innocent. Gwinnett has very mixed emotions about Mon Vor, while she knew that he was evil, he also had a chance of bring all of the factions together. After his death, at the age 20 years of age when she left her homeworld to join against the Dominion. With the fall of the Federation( in her quantum universe, she sold her services as a medic/fighter for food. With the meeting of the USS Gorkon and the joining of the Gorkon. She enjoyed the structure and would become part of the crew.

Brooks had a good working knowledge of medicine, despite little formal training. She had often performed some surgeries in the absence of a qualified doctor. She is an accomplished fighter, well trained in guerrilla tactics.

She is an accomplished medic, not a great bedside manner with some ill timed comments from time to time.

Despite years of hard living on the home world, she is strong and nimble for her height and size. She likes weaponry of all sizes and shapes and was exposed to a lot of different types of it on her home world.

She has learned to treat, a wide variety of combat wounds. She is well versed in holistic remedies when supplies of standard treatments are not available, due to the lack of a lot of modern medical equipment on her time on her homeworld.

She has some empathy for weakness, and the best patients are unconscious in her estimation. She does not like to get particularly close to anyone,most of the time. She prefers a wide circle of general friends, but not letting anyone get too close to her after the death of her family.

Her best time is on duty, and particularly a combat situation. She needs as task to work as idleness is a danger to her and she will tend to get in trouble.

She is a hard fighter and a hard drinker. She will find Captain Brunsig for some serious hard drinking from time to time.

Her motto should be “Work hard and party harder."

After her time on the USS Gorkon she was commissioned a Ensign and when the Gorkon got back to regular space(universe) she wanted to keep her commission. She was ordered to go to the Academy for a year of training. During that time she sent to Rangers to be trained as Combat Medic. She is now complete with her training and she will be deployed at the next opportunity.