From 118Wiki
(Redirected from Briels, Rowanna Marie)
Jump to navigation Jump to search

There are several incidents on her record to show that Rowanna has problems with some types of authority figures, and that she won't back down if she knows she right. Even if it means risking suspension.

Also, she's a workaholic, and doesn't always put her well being first. Often skips meals, goes with little or no sleep, and suffers from headaches because of this.

Ro is outgoing and friendly. But there is a big difference between people she is friendly with, and her friends. It takes her awhile to trust someone enough to really talk to them and to really be there friend because once Rowanna decides someone's her friend, she'll do everything she can and more to help them. Even if it meant putting her own self at risk.

Around people she doesn't know very well, and on duty she tends to be quiet and introverted. But off duty and with her friends she's the first to suggest something to do, a bit of mischief to get into, or just to joke around. She's also quite sarcastic and has a wicked sense of humor. On duty as well as off she won't hesitate to tell you if she disagrees with you. But on duty if she makes her disapproval know and nothing is done she will typically drop the issue.

In the area of romance, and such things like that, Ro is old fashioned and will rarely, if ever make a first move. She's definitly a flirt, and she'll date, but her trust is hard to earn. If someone can't be trusted, she'll walk, and thats that. She's can be a very jealous woman if she feels someone she cares for is cheating, or giving other women too much attention. If she becomes jealous, its an odd sign of caring, but shoul;d be feared. She offen swears to get her own type of revenge.

Ro was born in San Francisco on Earth while her parents were living there temporally. It did however become thier permanent home for awhile.

While living in Ireland Ro's Grandmother taught her the basics of natural medicine, not to mention let her Irish temper rub off on the young girl. That, and the few ancient Gaelic curse words, were the things that Ro paid the most attention to, and emulated the most, much to her Grandmother's delight and her mother's dismay.

This lovely Eden of a life style only lasted for so long though. When she was ten Rowanna's parents decided that it was time for her to go off to privet school on Betazed. Ro and her Grandmother protested this, but ultimately Rowanna was sent off to the school, and her Grandmother was left without a helper.

The school wasn't as bad as Ro had expected, she quickly made friends with a girl named Jaden Kirrea. The two became best friends and stayed that way all through thier school days. They even ended up joining Starfleet Academy together.

Rowanna studied hard. Her main field of study, to her mothers dismay was medicine. She was advanced in the sciences as well though, and at playing the piano, something she still enjoys very much. But for as hard as she studied, she played even harder. Ro and Jaden, as soon as they were old enough to go off campus on the week ends and in thier free time, became trouble makers. They were lucky though, the teachers and administration liked them very much, so they rarely got in trouble for thier antics.

Ro, while at the privet school, worked to increase her telepathic abilities, wanting to achieve more in that field then even advanced full blooded Betazoid adults. She did quite well at it, and she also found that meditating before the start of the day and before she went to bed helped her concentrate more. Although she liked the advantages of this, she often woke up late in the mornings and was studying the majority of the evening, (after going out and running a muck in town with Jaden of course)

When she was fourteen Ro was placed in temporal theory for her major science. Now, this was an honor indeed, seeing as they majority of the students in that class were in there last year at the school. Even though it was such an honor, Rowanna wasn't quite happy about it at first. She felt she was following in her mother's footsteps and that was something she never had any intention of doing.

After awhile though, she developed a passion for the subject, regardless of the connection it had to her mother. At this point, Rowanna was considering what to do after she finished her time at the privet school. She had considered going straight to Starfleet Academy, she asked her mother's opinion on this, Ellian said something to the extent of, no daughter of mine will be joining such an awful organization at such a young age. This response only made Ro more dedicated to getting into the Academy.

During her school days not only had she developed a passion for temporal theory, she had found a place in medicine. Rowanna discovred that she truely loved the idea of being a doctor. It somehow blended her caring nature and the scientist within her. She also discussed become a doctor with her mother. This had mortified Ellian. She simply didn't want her duaghter turning out her mother-in-law.

Even with her added motivation to attend the Academy, Ro decided that she wanted to live life a little bit first. So, she moved back to San Francisco. The good bye with Jaden was hard, but they did promise to meet up later in life.

Rowanna lived in a small apartment. Small, but bright. She had great views and in general the apartment had an open feel. It was home to her for a long time.

By day, she worked at receptions, convention, concerts, where ever really, playing piano. At the same time, she was learning the saxophone, and working on her vocal skills. In a few months she had a good reputation as a pianist and a vocalist so jobs weren't hard to find.

It was her first real romance. That was what she regretted. James had been so charming at first, but as soon as things got serious, he snapped. He treated Rowanna as if she was his property, and Rowanna, at the time, didn't now to say enough was enough.

Long story short, it was a very painful, very long relationship. It lasted almost a year, and it ended with James finding someone more to his liking. A blessing in disguise that Ro didn't notice until a little later.

With that behind her, Ro had sworn off men and relationships all together. That is, until she met Anya Bright. She was a striking woman, a year or two older then Rowanna. She had black hair, and green eyes that seemed to look into the soul of the person she was looking at. It was Anya who approached Ro, asking her out to dinner. Rowanna, never having been in this type of relationship before was nervous but accepted, if nothing but for the experience. And the rest, as they say, is history.

Ro and Anya were together for quite awhile. Thier relationship was, easy. It held for Rowanna a feeling of peace and content ness. Anya taught her a lot about life, love, and people in general, she helped Rowanna discover who she was on a deeper level and helped her be comfortable with bi-sexuality.

Thier happiness however, did not last forever. On Rowanna's second attempt at applying for the Academy, when she was accepted, Anya made it know, in a polite way, that she didn't want Ro joining Starfleet. For a time Rowanna thought the she had convinced Anya that it could work, but as the start of term neared there relationship faded. It was not an ugly break up as the one with James had been, but a simply consensual end. To this day they have remained friends.

At the Academy at last Rowanna was shocked and surprised to find that not only was Jaden attending the Academy, she was actually in Ro's class. It seemed that she too had taken a couple years off.

At the Academy, Rowanna took up fencing and majored in Medical. She was one of the younger students, by quite a few years, but already having her training in the basics from primary school, she was confident in her abilities. There was a down side to her chocie however, her mother's disaproval of her chocie to join starfleet only increased when she found out that Rowanna was studying medicine.

Even with as much as she did study, Ro made time for friends and for some fun. In her junior year, she competed in the annual fencing competition. She came in second, much to her dismay. For two days afterwards all she did was replay the events of the bout in her mind. She had never been very good at accepting failure.

In her senior year, she took an offer to be a part of a mentoring program and was paired with Admiral Joyce Kaplan. She became one of the people Rowanna respected most. She decided against attempting to win the fencing competition again, telling herself that it was due to lack of time.

Rowanna study for a bit longer then most by about two years, due ot her chocie of mayjors but she took the time to get a minor in science as well. She actualy enjoyed her time at the academy very much. It helped having Jaden also on a medical path, though she ened up as a counselor.

Towards the end of her last year in the academy was when Rowanna had heard of her brotherâ�?��?�s hearing. He had told her that he couldn't discuss the details with her, but that he did what he thought was best. That was good enough for Rowanna.

She graduated the Academy towards the middle of her class due only to her poor grades in her engineering classes. She also graduated with close friends, and a little wisdom.

After the Academy Rowanna made a rather rash decission. She requested a posting in science. And, with much hesitation on the part o fhte placement officers she got it. She was posted to the USS Constitution-B as a science officer.

After becoming part of the Constitution crew Rowanna has gone through ever posting in science from 'officer' to 'cheif' to 'assistent chief'. Shes enjoying her time there and really just now getting settled, still looking for a chance to breath. 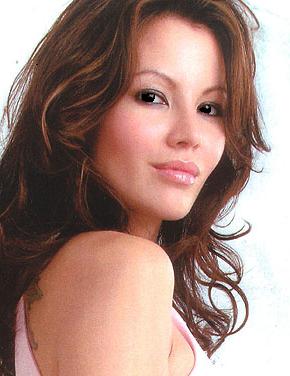