After having been dispatched to check on Outpost Bravo, part of the Prometheus Station task force, Captain Raj Blueheart set the USS Atlantis on course to the planet Piktar I in the Piktar system, to investigate the silence of the outpost and the ships assigned to Prometheus Station.

Upon their arrival in system, the Atlantis was hit by a sudden subspace rift, rendering the ship quite beaten and unable to move to warp. An away team lead by Commander Tracey Townson took the aeroshuttle Tiger Shark towards the planet to check on Outpost Bravo while repairs were made on the ship.

When the away team arrived at the outpost, they found it sealed and had to look for a way in. As they managed to find their way in, they found some of the personnel dead and others injured, not knowing for sure what happened. While they were trying to help the scientists, the outpost was subjected to a series of earthquakes that opened a great sinkhole on the ground below the outpost and part of it was thrown a kilometer inside the breach. While the away team used the Tiger Shark to rescue everyone, there were some replicas that forced them to abandon the task, while witnessing some of the personnel perish by falling even deeper into the breach. A quick escape was called for as the breach began to collapse around them. They managed to return to the surface, where they found out that there was an experiment that had gotten loose on the outpost.

Code-named "Elsa", the experiment was actually a humanoid lifeform that was impervous to extreme temperatures and able to manipulate cold. She also seemed to be connected with the planet, able to manipulate the weather, from a tiny breeze to a gigantic storm, as it was attached to her emotions. She did not appear to be in full control of her capacities.

Meanwhile in orbit, two Breen ships appeared and warned the Atlantis that Piktar I was claimed by the Breen Confederacy. Using diplomatic skills and a good dose of piloting by the helm, the Atlantis managed to approach the planet and transport the Tiger Shark and all personel to the ship, including Elsa.

A conversation between Captain Blueheart and Commander Marcus Dickens about he future of the outpost and the Breen claims resulted in an agreement to destroy the outpost to avoid it falling into Breen hands. That decided, the Atlantis fired three photon torpedoes that annihilated the outpost as they escaped a massive storm which halted a Breen pursuit. Atlantis immediate set course for Deep Space 26 to hand over the outpost personnel, and Elsa. 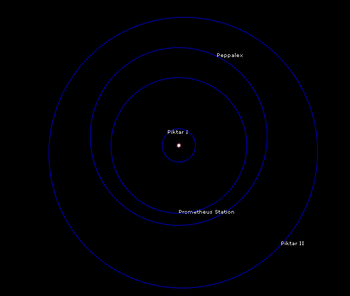 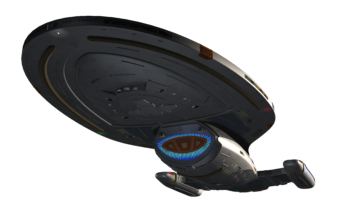