From 118Wiki
(Redirected from Blade, Michael Sargon)
Jump to navigation Jump to search

In youth, Blade was sarcastic, quick-witted, and prone to impulse action driven by the events around him. Only after he got into his later years after leaving Starfleet did Blade temper himself, in part from having to deal with the ugly side of telepaths, although still imposing, in part from his height, one part from his intense green eyes. He would be considered stubborn in youth, but open-minded to possibilities, and, occasionally a bit of a romantic.

Blade reached one ambition after retiring into the civilian life, buying off a trader ship from a rather dubious trader, the Skiptrace, which he has commanded since mid 2373. After a complete retrofit of the knock-off Defiant, for the remainder of his life Blade went under the name of Gersh Nathan, abandoning any former ties. His goal is not unlike Starfleet in a way, lending aide to those in need, but careful not to break Starfleet General Orders as a former officer, which he has been successful in burying.

Despite getting lost after the aftermath of Yolanda, Blade finally managed to succeed as a leader for relief aid. A lot of the Skiptrace missions following his acquisition dealt with flying medical relief and other such volunteer exercises, diminishing the former trader-based enterprise for once based more on the aide and investigation of affairs within the Trinity Sector area. It wasn’t until 2385 on a medical relief run into Ithassa that Blade became familiar with the area.

In 2378 Blade finally found the fate of his fiancé, who was a child instead of the woman he had promised marriage to, which continues to haunt him to the very day, driven by memories of a Starfleet Officer he had worked with, side-by-side, and eventually, fell in love with. Some would describe him as married to the grave. He has not pursued any romantic interests since.

Blade originally found himself conscripted on under Capt. Douglas Relic, Cmdr Logain Payne and the USS Alliance (not to be confused with the Alliance-A), before finding himself suddenly reassigned to the USS Centris as a security officer under then Chief of Security Jeff Pelletier. During the course of his run back between 2371 through 2373, he had the honor of serving with and getting to know several remarkable Starfleet officers under Elinor of Kanist.

At the launch of the USS Ranger, Blade joined the newly promoted commading officer and his former First Officer on the Centris, Brian Kelly's crew working Tactical during the breakout of the Yolanda Wars up until the cease-fire and accords were signed at stardate 237401.27 ending the conflict between Starfleet and the Romulans. 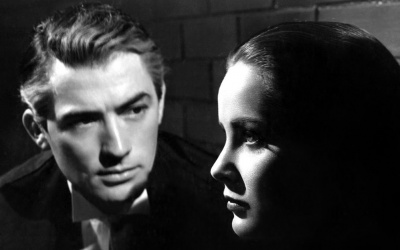 Corrupted/Partial Files still being worked on.