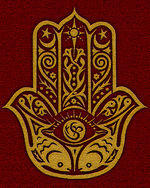 There isn´t much information about who is Bai'Xiu and from where he came from. His home planet was destroyed and he didn't have any relatives alive.

Little is know about Bai'Xiu past. He had spent more than twelve years on a penal colony for reason that are not disclosure. Later, he wandered throughout the alpha quadrant until he encounter the New Thallonian Protectorate. After that he worked as a helmsman at some freighter line just to join the enlisted program of Starfleet a couple of years later.