From 118Wiki
(Redirected from Azorian, Jennifer)
Jump to navigation Jump to search 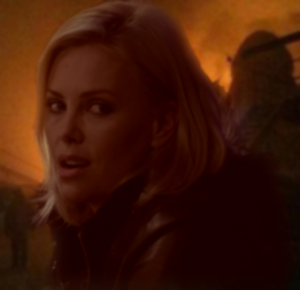 Jennifer Azorian is a former Starfleet intelligence officer who was involved in the destruction of the Romulan terrorist cell Reikara in 2389.

Jennifer began her career as a signal intelligence analyst working closely in front line bases analysing data coming from Cardassian outputs prior to the outbreak of the Dominion war. She later made a name for herself in the field of steganography.

In 2385 Jennifer was sent to oversee a group of scientists on Science Station 7623. The official reason for her being sent there was to oversee research into Borg transwarp conduit technology. In actual reason however was to oversee the development of a harmonic encryption algorithm that could be used to transmit data steganographically over regular Starfleet channels. Research into the Borg transwarp conduits was allowed to proceed apace, but results were kept hidden and transmitted via tests of the new encryption protocol.

Shortly after the destruction of the science station and subsequent hearing Jennifer disappeared from the record.

Not long after the events at Science Station 7623 Starfleet intelligence began to learn of a Romulan terrorist cell known as Reikara. The organization was ostensibly a group pushing for an overthrow of the Romulan political system. However the intelligence trail began to tell a different story. Reikara was actually a division of the Romulan Military designed to round up dissidents by aligning them to a Romulan-sponsored political cause.

Under the direction of Admiral Murlowe Jennifer was sent to oversee the training and development of an asset for use in penetrating Reikara and thereby gaining strategic intelligence on Romulan military operations. She finally settled on a young Starfleet officer named Sahmson. Through various psychological means she was able to exploit the man's childhood trauma resulting from the rape and murder of his mother and get him to utilize his connections with Reikara to spy on the Romulan Empire proper.

As for Reikara and its Romulan handlers themselves, the plan was eventually to expose and destroy those members of the group not receptive to 're-education' one by one by means of carefully orchestrated operations by Reikara itself that were nevertheless designed to fail. However the destruction of the Hobus star left Reikara a headless organization filled with radical elements from throughout the Romulan empire.

Fearing the worst Starfleet intelligence set into motion a plan to lure Reikara into attacking the front-line outpost Starbase 118 in a bid to force the group to expose all of its military assets to attack at once. The plan was an astounding success, resulting in minimal loss of Federation lives and property. However moral outrage at the operation both on the part of members of Starfleet itself soon resulted in Jennifer Azorian's prompt dishonourable discharge from Starfleet.