Difference between revisions of "Azin"

"He's a plant but he's also a predator, don't let the "Harmony" fool you, and he has a predator's mind."
"Why does someone like that become a psychologist, much less join Starfleet?"
"Because he cant stand to see disharmony , he seeks to harmonize through mental healing, and in the process learn more about us"

Personality and Other Details

The entire Dokkaran race is considered one big family, everyone knows everyone else's name and there is a sense of openness experienced nowhere else. There are no 'first meetings' in Dokkaran culture, as they believe that they have all met before.

Azin's first mission on the Tiger-A was the mission to Triceblessed, homeworld of the Constellationites. Azin was given the task of researching the foreign relations of The One Kingdom, and functioned as a diplomatic officer. During the mission Azin also got the chance to modify his quarters with Lieutenant T'Mihn Ah'mygahn ch'Ahvrom and Lieutenant Commander Nemitor Joshua Atimen.

Friends, Rivals and Others 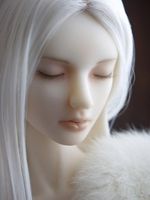 Azin was involved in several 'chases' throughout his life but never engaged in the typical relationships of other humanoid cultures. He unwittingly left a string of broken hearts behind at the Academy, not realizing that humans seek more than 'The Chase'. One of these 'Chases' was a glorious courtship with a Klingon warrior who sought his favor in the traditional Klingon fashion, it is unknown what became of it.