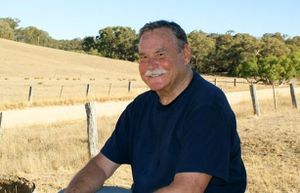 Astrad (formerly known as Astradem) Ukinix is a Betazoid and a former noble of the Ninth House of Betazed. He manages the business side his wife's vineyard.

Astrad is the younger brother of Vaxa Ral (formerly Ukinix), the disputed matriarch of the Ninth House of Betazed.

He is married to Hayley Ukinix. He is the father of Sally and Anacem Ukinix, the father in law of Stacey Ukinix, and the grandfather of Wil Ukinix.

Stripping of Nobility and Subsequent Life on Earth

After several scandals involving affairs with matriarchs of several Betazoid noble houses, Astradem's parents negotiated a marriage for Astradem with one of the members of the Sixth house in an attempt to diffuse the fallout. Astradem refused, so was stripped of his title and nobility by his mother and matriarch of the Ninth House. The fate of Astradem was unknown until 2396, when it was discovered he had moved to Earth, and had started a family.

Before leaving for Earth in early 2341, Astradem stole the only known prototype of Project Blue, a bleeding edge irrigation technology being developed by the Ninth House.

Apart from his wife Hayley, Astrad kept his nobility a secret from his family on Earth. In 2396, his grandson Wil confronted Astrad[1] after he was told by his Veritas crew mate and fellow part-Betazoid Sky Blake that Astrad was a former noble[2].