Difference between revisions of "Anath G'Renn/Family"

From 118Wiki
< Anath G'Renn
Jump to navigation Jump to search

Savok was one of Anath's childhood friends and classmates at the Syrran Learning Center. Unlike many of his classmates, he found the illogical, unpredictable behavior of the G'Renn siblings and their Human friend Alexa more fascinating than distracting. He was often convinced to join them in their exploration of the deserts around T'Paal City or going on adventures in the city. This tendency would sometimes land Savok in the same trouble as his friends. However, he was also a moderating influence in their various misadventures who would speak up against particularly dangerous ideas. This friendship led Lyras and Savok's mother V'Len to betroth Savok and Anath, as was traditional for many Vulcans.

Anath felt very conflicted over the arranged marriage. She was very upset that her mother had made the decision for her and refused to go through with it because of that fact alone. On the other hand, she did have a close, genuine bond with Savok that later blossomed into love. After several years and discussing the issue with the ship's counselor, Anath reconciled her feelings for Savok and the anger she felt towards Lyras for arranging a marriage for her. She proposed to Savok aboard the USS Blackwell, and they were married aboard the USS Columbia in a ceremony officiated by Theo Whittaker. 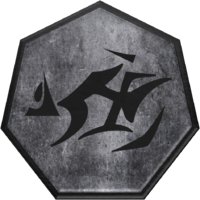 The House of Qu'Voq is a minor house in Klingon society. While the family history does have many great warriors, the house is best-known for their involvement in trade and commerce. in 2296, Trovar died and passed the title as Head of the House to his young son Qu'Voq. Trovar owned a large winery in the Mekro'vak region. Under Qu'Voq's leadership, yay Sor Winery (Translation: The Tree of Victory) became a popular source of bloodwine and other alcoholic beverages in the Klingon Empire. Qu'voQ and his wife G'Renn ruled the House of Qu'Voq together until G'Renn's death during the Dominion War. Qu'Voq has not remarried and continues to operate the yay Sor Winery on his own. His younger sons and daughter assist in keeping the winery up and running. His eldest son and daughter both operate freighters that carry products from the winery to other parts of the galaxy. Some in the Klingon Empire consider the House of Qu'Voq to be an embarrassment because of the presence of several Vulcans in the family.

Qu'Voq was born to Trovar during an era of misfortune for the House of Trovar. Trovar had made several business gambles during the war with the Federation and in the decades after. This debt and multiple poor harvests drained his health. Trovar died, indebted and dishonored, and the House of Qu'Voq was born. Qu'Voq made much wiser business decisions and consulted with market experts to improve the profitability of the winery. Within ten years, he had paid off his father's debts and began turning a profit. He used these returns wisely and purchased more land in the Mekro'vak region to expand the yay Sor Winery. His business continued to grow, and he married a KDF Lieutenant named G'Renn in 2321. They had a son the next year, as well as many more children. In recent years, the now-widowed Qu'Voq has taken a less active role in running the winery.

G'Renn was a decorated colonel in the Klingon Defense Force. She was born in 2299 to two members of an opera troupe travelling through the empire. Songs of great warriors and the wars they waged inspired her to join the army. Her natural skill with the bat'leth and confidence did not go unnoticed by her instructors. She started her career as a guard at notorious prison Rura Penthe. Killing two Gorn escapees with only a spear earned her a promotion to Lieutenant. She served on multiple ships and at multiple fortifications from 2320 to 2358. In 2359, she was promoted to commander and assigned as governor of a minor world. She helped lead forces in favor of Gowron during the Klingon Civil War and was a colonel during the Dominion War. She was killed in battle in early 2375. The title of Mistress of the House of Qu'Voq remains empty after her death.

Rartoll was Qu'Voq and G'Renn's first child. As a child, he was obsessed with the idea of joining the Klingon Defense Force like his mother. He would spend hours reading about military history and honing his weapon skills. However, G'Renn instilled in him the importance of all aspects of society in ensuring the prosperity of the Klingon Empire. Rartoll would later go on to teach this same lesson to his son T'Shol and inspire his unusual career path. Rartoll apprenticed with an experienced winemaker at the winery and learned all there was to learn about the family business during his childhood. He assisted his father in turning the successful business into a small economic empire and was the first to volunteer when Qu'Voq suggested that the house invest in their own freighters to help eliminate the middlemen in getting their product to other worlds of the empire. Rartoll and an old Gorn drinking buddy assembled a crew and the SS Kajunpak't departed shortly after under Captain Rartoll's command at only 17.

Rhila was born to a family of small subsistence farmers on Ganalda IV. In the hopes of giving their daughter a better standard of living, her parents arranged for her to live with her cousin on Boreth, where he ran a blacksmith's shop that produced weapons. She worked as a clerk and became very proficient in the logistics of running a business. After her cousin's death, Rhila used her savings to move to Qo'noS and eventually became a clerk working for the House of Qu'Voq. She and Rartoll began courting each other and she accompanied him on several early freight runs as quartermaster before eventually marrying him in 2339.

O'Trel was the first child of Rartoll and Rhila and older brother to T'Shol. He studied the ancient tales of Kahless and was at one point a monk in training. However, he met a traveler named Grella and was so enamored by her that he gave up the monk lifestyle to travel the Empire with her. The couple did odd jobs and kept exploring for several years before settling down back on Qo'noS and opening a workshop. The couple never had children, and Grella died in 2394. Because of this, O'Trel took a great interest in the lives of his nieces and nephew, seeing them as the future of Rartoll's lineage.

While the House of Qu'Voq was never the most conventional, T'Shol was an unusual Klingon even by their standards. He wished to join the KDF as a field medic. Rartoll and Qu'Voq tried to talk him out of it, but his grandmother G'Renn saw the wisdom in having doctors in the army and used her influence to secure T'Shol a position in the army and medical training. All went according to plan for several years until T'Shol was seriously injured by a mine. He lost his left leg and was forced out of the army. This and his subsequent departure to the Federation and marriage to a Vulcan woman is a contributing factor to the House of Qu'Voq's social standing.

T'Shol's family is technically part of the house, but not all members of the family are treated that way. Jolash G'Renn and her family are mostly welcome and treated as equals. Avarak G'Renn was also accepted by most of the family when he was alive because of his very Klingon nature. Their mother Lyras is usually treated as an outsider on visits, and has become accustomed to being mostly ignored by her husband's family.

Anath and the House of Qu'Voq

Anath in particular is seen as a disappointment to many of her Klingon relatives. While Lyras behaving like a Vulcan is something expected, Anath's lean towards Vulcan mannerisms and diet is often characterized as a betrayal of her Klingon heritage. Her uncle O'Trel in particular felt that she had chosen to be fully Vulcan and turned her back on her Klingon half. It was even suggested that she should seek cosmetic surgery to remove her forehead ridges. However, not every Klingon in the family treated her that way. Qu'Voq himself was mostly indifferent to the issue and had little issue with Anath being a part of his house. G'Renn rarely saw her great-grandchildren before her death, but had encouraged a young Jolash to embrace both her Klingon and Vulcan halves in any way she wanted. O'Trel's wife Grella was also sympathetic to Anath's plight and would try to accommodate her and Lyras' vegetarian diets when the family visited Qo'noS.