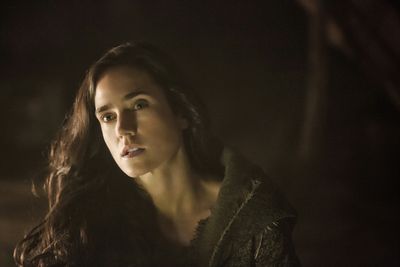 Alora DeVeau was a crewmember aboard the USS Ronin-A and a part of the Federation rebellion in an alternate universe where the Federation lost the Dominion War.

Stories that rang with the glory days of Starfleet and their mission rang with a young woman whose father joined the organisation just before the devastating loss of the Dominion War. After the loss of his wife and sons to the war, Etienne and his daughter found themselves aboard the USS Ronin-A. Her father died in a fire fight in 2388. Four years later, Alora participated in mission in order to save prisoners of war. The prisoners and rest of the crew escaped while Alora remained behind to ensure their safety and was thought to perish in the process.

It was later discovered that she had not been killed but captured, then later rescued by a man who called himself "Lobo".