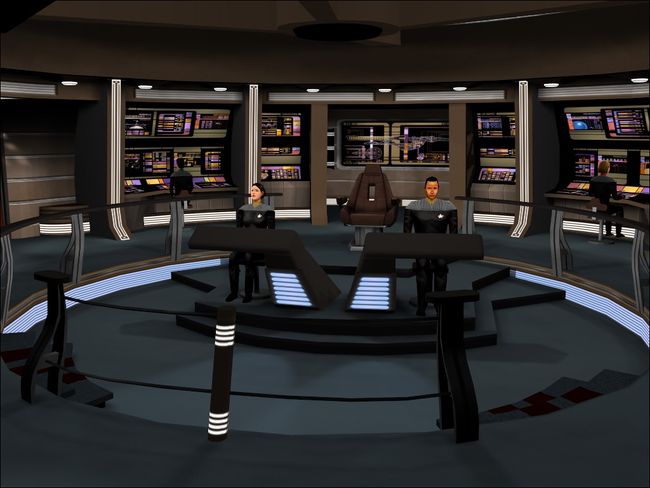 Bridge The Bridge is the starship equivalent of an operations center and is generally located near the top and front of a vessel. From here, the Commanding Officer supervises the entire ship's operation, ranging from vessel course control to tactical systems. 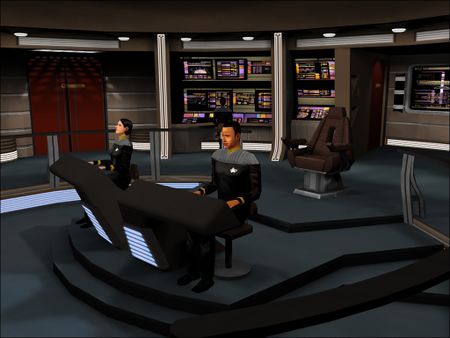 Starfleet bridge design On Starfleet starships, the bridge is usually located on Deck 1, on top of the vessel's primary hull. The bridge is the nerve-center of every starship, and it is manned by the top officers of each department. From here, the Commanding Officer supervises the entire ship's operation. When seated in the command chair, typically located in the center of the room, the commander has visual access to all major personnel stations and viewscreens, facilitating the decision-making process. By the mid-24th century, it has become standard that a first officer is assigned to assist a ship's captain in this process.

The forward bulkhead of the bridge is typically dominated by the main viewscreen. Directly in front of this is usually the helm console, from where navigation and vessel course control are carried out. Many of the supportive stations that were present on 23rd century bridges were combined into one by the 24th century; that of the operations manager. Some bridges feature the operations console alongside the helm station, from where the officer on duty has access to internal systems control, communications, sensor systems, resource scheduling and hardware and system usage. Still, each bridge typically features supportive consoles for engineering, gravity control, damage control, environmental engineering, science and library computer, and internal security, most of these not being necessarily manned under normal circumstances.

Most bridges on Starfleet vessels are replaceable modules, so that adaptation to special missions or upgrading the ship is facilitated. The Albion may be an older starship but she has been updated with the newest and latest technologies out available. The New Bridge take it cues from some of the finest class of ships of lines while keeping to her original classic style. 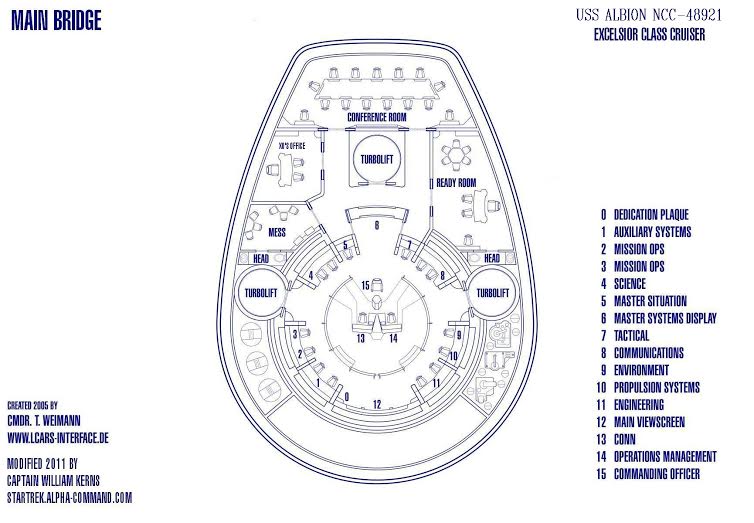