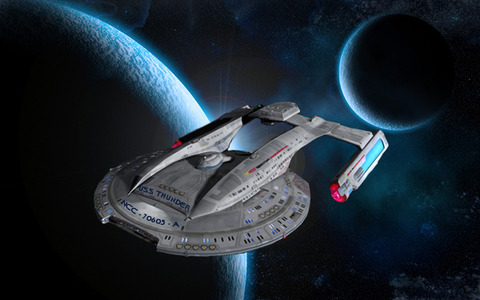 In light of this unprovoked Klingon invasion of a nonmember world, Rear Admiral Toni Turner request for a more blunt response against possible future attacks was respected and an up-rated Akira class was commissioned to replace the recently lost USS Thunder.