From 118Wiki
(Redirected from Thomas, Kael)
Jump to navigation Jump to search

Lt. Commander Kael Mason Thomas is currently assigned as a Mission Specialist aboard the USS Gorkon . 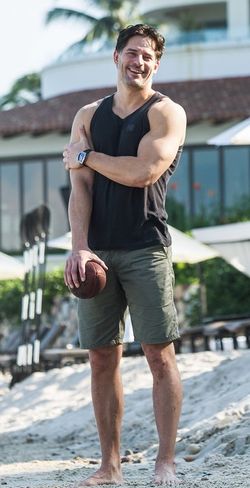 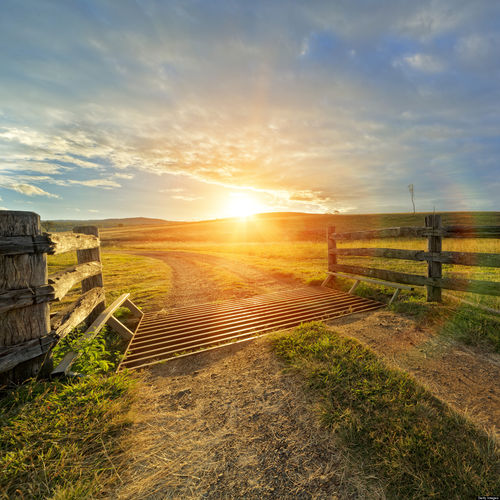 Kael Mason Thomas was born on 19th November 2356 and 2 Minutes after Kael’s birth his twin brother Anthony was born. Their family home was situated on sizeable piece of land populated with an orchard and large open spaces. It was a close fitting house contrasting with their property and only just accommodating his family. His mother and father both working in Starfleet administration chose to lead a home life that was a little less like their work. Their home having as much traditional equipment as they could afford to have Kael and his brother learnt early on, the value in hard work. With their family home situated on some farmland it was regular duty for Kael to work milking cows, moving their few cattle, feeding the various other animals and fixing anything that broke down.

Kael’s parents both worked in Starfleet Administration in varying roles. While not officers, you could probably say that Kael grew up with a moderate knowledge of what it was like to work in Starfleet. Kael and his younger brother Anthony both spent a lot of time running around their parents feet while at work, silently pushing buttons when buttons weren’t meant to be pushed.

Spending almost all his youth with his younger brother the pair grew such an impenetrable relationship that many simply thought they were best friends. They were both very competitive, always trying to outdo each other, often putting each other in danger. Kael nor Anthony had any real choices with what they wanted to do with their lives. Their parents always had more time for their work then they had for them. Their parents often work well into the night or leaving to visit Romulus or some other planet. Having been raised with Starfleet parents they were pretty much enrolled into the academy at birth. Kael and Anthony were both very physical boys and both very frequently found the boredom of sitting in class very difficult.

Kael graduated with Distinctions from the academy and despite such an achievement his parents were still too busy working to attend their sons Graduation ceremony. It was that night that Kael had a tremendous fight with his parents basically telling them as far as he was concerned he didn’t need parents. It was just another nail in the coffin for Kael in regard to his parents considering their career is more important than their family.

Kael and Anthony received assignments to different vessels not long after graduation. Kael was given an assignment as an engineering officer aboard the USS Victory and Anthony was sent off to the USS IRISH a nova class vessel. Both have been in regular contact, Kael even taking some time off active duty to spend with his brother. Anthony still speaks to his parents where years have passed and Kael has barely spoken a word to them. 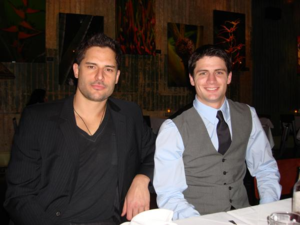 Kael and Anthony at the Academy, 2380

Kael's older and only brother Anthony is currently serving on the USS FAIRFAX. Serving as Chief Tactical Officer. Anthony is more like a best mate to Kael then brothers. They are very close, and often communicate with each other.

Since the onset of Kael’s father Dementia, he finds it hard to get back home. Some bridges were mended with Kael’s mother after the accident but they are not close. Kael supports his mother in any way to look after his father but knows he would be incapable of looking after him like she does.

Kael entered Starfleet’s advanced engineering division after graduating from the Academy in 238010.12. Kael while there chose his sub majoring thesis as Bio-Neural Gelpacks. This was the leading factor to his Post on the USS Victory. On the advice of his parents, Kael also majored in Operations, in order to make himself much more valuable to potential Commanding Officers. His lecturers were either fond of Kael, or frustrated by his constant need to question why something was. Kael had a difficult time working with rules and boundaries that seemed poorly justified. Regardless, Kael graduated well, in the top third of his class, and losing out to his brother. 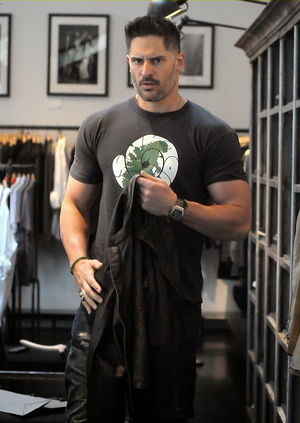 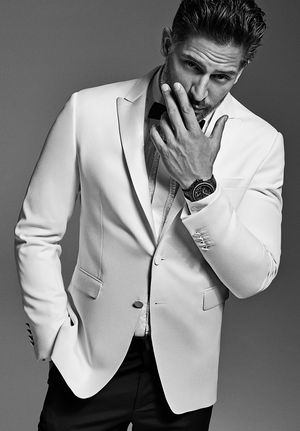 Posing before his Brothers Wedding

The USS Victory was Kael's first posting and was posted aboard on 238010.15 as an Engineering Officer. While on the ship he worked in many departments, for a time was Acting CEO and during the remainder of his time there he was a security officer.

When Victory’s first officer, was given command of her own ship, Kael and several of his other crew members were transferred to the USS Aurora, a Nova class science vessel. Kael’s immediate posting was that of Chief Operations officer. During his time on the Aurora, Kael received the Voyager Medallion award. A great award as it honours him with excellence in starship operations. It was during this time that Captain Parker, his CO fell dangerously ill, and despite the best efforts of the crew, and Starbase doctors, passed away. It was a difficult time for Kael and the rest of the Aurora crew.

With their CO no longer in command, Starfleet brought in one of the most experienced men in the fleet. Vice Admiral Hollis, long serving officer and respected amongst the fleet. He took over command of the crew, and their new ship; USS Ursa Major a Sovereign class vessel, one of the most advanced in the fleet.

Kael spent several months aboard the Ursa Major, before taking some time off, to be with his family. Kael’s father was poisoned while on an Academic away mission. He failed to receive proper treatment in time, and has since developed a serious case of dementia. Doctors on Earth were unable to repair the damage to his brain and as such, his Mother has been forced to care for him, while trying to hold down a job.

He was then reassigned back to the Ursa Major, mid mission, to only then be reassigned again to the USS Tiger.

After serving a short time on the tiger, Kael was once again re-assigned to the USS Ronin. A family emergency brought Kael away from the Starfleet career he held so dear to be with them. Kael then returned to the USS Mercury. He served there for several months, and even managed to get kidnapped during an away mission. His time there earned him a promotion back up the ladder to Lieutenant JG.

Transferring to the USS Vigilant for it's maiden voyage, Kael was offered the role of Chief Engineer. After 12 months on the Vigilant Kael forged some strong friendships and cemented himself as a valuable member of the crew. On the day of his Promotion to Lieutenant Commander, Captain Diego Herrera handed him his transfer papers to the USS Darwin-A as first officer to Commander Greir Reinard. Kael was a little taken back and shocked at first, but he took it as a challenge and just another stage in his career.

After 7 months aboard the USS Darwin-A Kael was reassigned back to Engineering, aboard the USS Columbia. While Kael is still adjusting to this move, the hardest part has been starting a new with relationships. He had formed strong relationships with those on the Darwin, and to then have to start all over again on the Columbia just felt like too much effort. This time around, Kael is going to wait and see how stable things become, before he invests anything.

Being recalled back to a relaunched USS Darwin-A Kael saw himself form part of a the Andaris Task force, destined to bring stability and a presence to the Par’tha Expanse. He found himself once again in the Chief Engineering role and will never forget the opportunity to check out a Dyson Sphere.

With the latest chapter of his career, Kael has found himself aboard the USS Gorkon as a mission specialist. This new role will be difficult and different for Kael but at this stage of his career he feels up to the challenge.