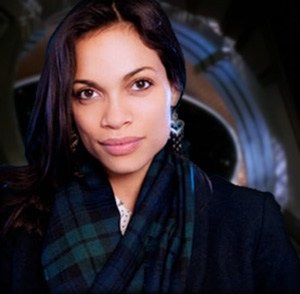 Narala is the President of the United Federation of Planets. She was previously the Chief Administrator for Nimbus III before she ran for the presidency in 2392.

Born in 2297 to a Vulcan mother and Romulan father, both of whom were residents on the joint Federation-Klingon-Romulan colony, Narala grew up on the lawless world and decided to make it better from a young age, when she joined the Paradise City Police Department. She rose through the ranks but grew disillusioned by how easily the criminals she tried to take off the streets were able to escape through Nimbus's poor justice system.

She enrolled in law school determined to change how things worked on the colony, and eventually became Chief Prosecutor. During this time, she was credited with leading several operations to eliminate Orion Syndicate activities and those of other major criminal organizations that for too long had treated Nimbus III as their own fiefdom.

However, Narala wasn't satisfied with just eliminating the criminals on the streets of Paradise City and elsewhere on Nimbus. Having solidified her support among the population, she was able to focus her efforts on eliminating corruption within the Nimbus government. In one of the most dramatic moments in Nimbus III history, Narala and officers from the Nimbus III Police Force stormed the office of Chief Administrator Ventimago Weil in 2377 while he was giving the State of the Colony address, arresting him live on air and charging him with breach of conduct. Her popularity, already high, soared overnight, and when the next chief administrator was to be selected, rallies broke out across the planet demanding that she take office.

Although she claimed she had never sought the office of the Chief Administrator, within her first year in office, she managed to balance the operating budget of the colony and announced renewed investment in education, crime reduction, and other quality of life services. By her third year in office, she had managed to halt the population loss of the colony, and she is credited with turning around what was once the poster child of failed colonies into one of the most promising hotspots in the galaxy.

In 2392, she announced her campaign for the Federation Presidency.

She ultimately went on to win the election later that year.

She appointed her former election rival Ambassador Lily Ventu to her cabinet for the role of Secretary of the Exterior.

Her Cabinet consists of the following people: